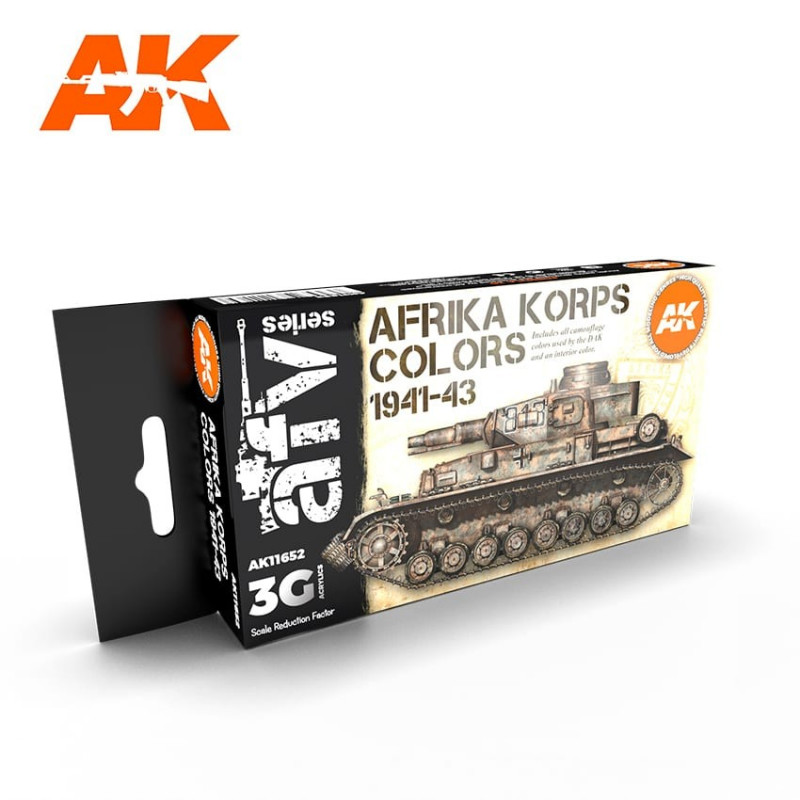 
By buying this product you can collect up to 1 loyalty point. Your cart will total 1 point that can be converted into a voucher of 0,20 €.

A 3rd Generation acrylic paint set featuring six colors used for painting vehicles of the German Afrika Korps in North Africa from early 1941 to May 1943.

Most of the vehicles and equipment initially shipped to Africa were painted RAL 7021 Dunkelgrau overall.

In March 1941, the first camouflage colours specifically intended for use in Africa were selected:
RAL 8000 Gelbbraun and RAL 7008 Graugrün. These colors were to cover two thirds and one third of vehicle’s surface, respectively.

30 other products in the same category: