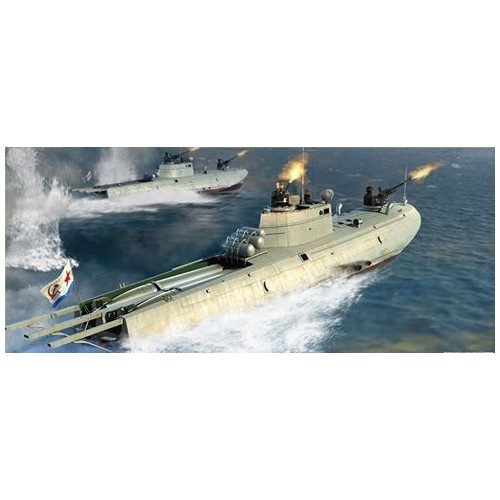 Notify me when available

By buying this product you can collect up to 6 loyalty points. Your cart will total 6 points that can be converted into a voucher of 1,20 €.

The G-5 was a Soviet motor torpedo boat built before and during World War II. Approximately 300 were built, of which 73 were lost during the war. Four were exported to the Spanish Republican Navy during the Spanish Civil War and others were transferred to North Korea after the war. Three were captured by the Finns, but only two were used before all three had to be returned to the Soviets after the Moscow Armistice in 1944.

30 other products in the same category: